As with King John this is a Shakespeare play that I have now read but not actually seen an adaptation of. It does make things a little bit more difficult since these are, after all, plays and are meant to be seen performed on the stage. I do think that I need to see how this would pan out after reading the plays, maybe for Richard II it would make sense for me to check out The Hollow Crown. 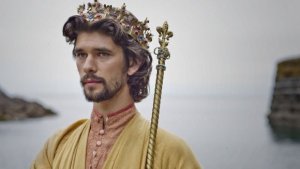 Having now read Richard II and finishing it off at midnight on a windy night I am resolved to find out more behind the actual history of Richard II. Looking in on the historical context of when this play was written I can see how he used this play as a vehicle for the contemporary worry of succession to the throne of a childless queen. It makes sense that people were uneasy, especially seeing how we were only a few generations away from The War of the Roses and there had been a great amount of religious tumult well within living memory. The idea of another change must have been terrifying, and as such the play reflects that.

Here’s the thing though, despite how interesting the context Richard II is probably the lesser of the 9 Shakespeare plays that I have written. The main reason being that this is the first time where there has been a character that I have not felt too invested in, for good or ill. The character of Richard II is not sympathetic enough to care about when he is deposed due to his own stupidity surrounding his royal prerogative and he is not malevolent enough for you to root for his enemies.

Similar too is the character of future King Henry IV. It makes sense why he did what he did, the nobles were angry after the way Richard dealt with the death of John of Gaunt and he just wanted to take the throne. There is a touch of the Machiavellian about Henry, and why would there not be. How else were you meant to seize the throne with a lesser claim?

After three plays in a row I think it is time to return to the world of novels, the tiredness of Moby Dick has finally worn away.

Time for my first look at one of Shakespeare’s histories. I figured that it would make sense for me to read them in ‘chronological’ order rather than by when they were written. As such I start off with King John,  which I was curious about since it is one of the lesser known ones and about a figure who is generally vilified.

As I was reading this play, the main thing that struck me was the role of religion in this play. I have read things outside of the play talking about the depiction of John and whether he is headstrong or ineffectual, but far more interesting to me is how Shakespeare depicted the rift between King John and Pope Innocent.

It is a historical fact that this rift occurred when an archbishop of Canterbury that was picked by the English was disavowed and replaced by the Pope. The aftermath of this, including the ex-communication of King John, leading to the catalyst to the rest of the play and his eventual downfall seems crazy to me. Now, I know that it would be bad form for Shakespeare to have written in support of the Catholics (seeing how this was written in the reign of an Anglican queen) but the fact that a lot of what could be interpreted as bias is close to the truth is rather disturbing.

On the whole, I can see how this play would be beautiful to watch with all the military flourishes and a fair few costume changes (not to mention that, if done well, this play will have to try and age John during the long period of time this covers), but it was hard to warm to John. It  is just that on a purely character level there really is not much to him.

Philip the Bastard and Queen Eleanor are far more interesting and they feel as if they have a lot more depth to them, with the latter being the funniest character in the play as she goes about insulting the French enemies.

My favourite scene is, as illustrated above, between the king’s loyal follower Hubert and the captured prince Arthur. All through the scene the spectre of the fate of Arthur (who was historically 18, but reads more like a 12 year old) hangs above you. Hubert has orders to gauge out the eyes of the young prince and then kill him. It’s gruesome and the way that Arthur begs for his life, and actually succeeds must be brilliant to watch, since it was good to read.

After reading two leviathans of novels (one amazing and one soporific) I thought it would be good to take a week off from reading to listen to some podcasts and then get back into the whole reading thing. The thing is… a week later I still could not stomach a novel so I think I will be doing a few Shakespeare plays on the way into work.

Despite my previous assertion that I was going to read a lesser known play along the lines of Timon of Athens or Comedy of Errors I, instead, thought I would just read the first play in the collection that I had not read before. Thus, I was lead to the door of Julius Caesar.

One thing I never quite realised about this play is just how little he is actually in it because (spoiler alert) he dies in the beginning of the third act. The central characters in this play are Brutus and Mark Antony, rather than Caesar himself. Instead, Caesar becomes more of the idea of patriotism and honour and whether there was ever any honour in killing a man who people believed could become despotic.

‘Could’ being the operative word. There is no real hint, as presented by Shakespeare, that this would have been the natural cause of things. A pivotal scene actually has Caesar refusing the crown presented to him on multiple occasions. As such you question the motives of all the conspirators… accept for Brutus, for he appears to be the only one who is backed by ideals rather than personal gain.

In a way, Mark Antony would have to be the antagonist due to his role as being against Brutus, who could be argued as the protagonist. Then again, despite being at war with each other these men are both essentially honourable; they just found themselves at different ends of the plot. The way that Mark Antony addresses the corpse of Brutus at the end of the play cements this idea.

Of course, a big thing to mention is the sheer number of quotable lines. Phrases like ‘et tu, Brute’, ‘Greek to me’ and ‘friends, Romans, countrymen’ are so well known that to read them here it feels like cliché only to be reminded that this is their origin. I also enjoyed the use of prophecy and forshadowing in the dreams of Caesar’s wife Calpurnia, a sign that people going to this play probably knew what was going to happen since this is really obvious stuff.

There is more to say, such as a discussion on whether Cassius was a manipulative arsehole or actually worried about the state of affairs and used really backhanded methods to solve things, but I’ll leave it here since I have written nearly 500 words in about 20 minutes and my knuckles are getting sore. Good play, may start the British histories soon.

I previously asked for an idea of what I should read next and got the answer of Macbeth. So armed with my Kindle I am once again getting acquainted with the written word.

With Shakespeare I know that it is better to watch them than to read them. Luckily for Macbeth I have a visual touchstone in the form of the BBC’s ShakespeaRe-Told series which saw James McAvoy take on the title role with Keeley Hawes as Lady Macbeth. This version changed the setting to a owner of a restaurant rather than the kingship of Scotland… but the premise is the same I guess. 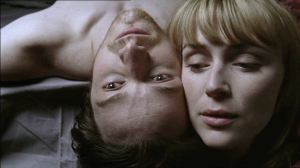 Thanks to this TV Movie and Wyrd Sisters by Terry Pratchett (and the fact that this play is the propagator of a number of tropes) everything you read feels familiar. The thing is, in terms of characters, I did not find any of the male leads to be that interesting. It is interesting in reading it just how influenced they are by the six women of the play: Lady Macbeth, Lady Macduff, Hecate and, of course, the Three Witches. The best and most vivid scenes of the entire play, for me anyway, centre around women. First there is the famous scene of a sleepwalking Lady Macbeth who, being so full of guilt, is cursing the spots of blood she envisages on her hands. Then there is the scene where Macbeth receives further prophecies through visions of a disembodied head, blood-covered child and a child with a crown. It’s bizarre, creepy and amazing.

The thing is that one of the reasons I am trying to make my way through the plays of Shakespeare is to make it to the lesser known ones. Macbeth, Othello and Midsummer Night‘s Dream are all very well known stories… but I am looking forward to the likes of Timon of Athens and Pericles, Prince of Tyre since I have no idea what they are about.

So, it’s has been an eventful day as of writing this. Whilst I already have completed this list item previous to my more recent run of unemployment but I am now able to check this off with a job at a company that I have always wanted to work at so…

As you can expect I am feeling on top of the world as I write this post, but this is not what I am focussing on. Instead I am opening up the final two major cultural items on my bucket list (as it currently stands) since I am now a proud owner of a Kindle (thanks again mum!) So let’s start with the one that I am actually quite ashamed about being so low on:

Much like with my quest to listen to acclaimed albums I have found a great site called The Greatest Books which collates a lot of best book lists and made a list of what is considered to be the greatest works of fiction. Since I tend to mostly read fantasy or humour books (Douglas Coupland being my favourite author) I have only read seven of the top 100… and only four of these were not books studied at school:

As you can tell I have a long way to go here… and I am left with some epically long tomes such as War and Peace and the entire Lord of the Rings to read for this list item. Still they are widely regarded for a reason. Which leads me to this one:

As you would expect most of these so far were because of school but I chose to read Titus Andronicus for myself whilst at university for reasons I never really understood.  I am left with a lot of the big plays but you could probably guess two of these as they are common English class choices:

I am therefore left with all 10 Histories, 8 Tragedies and 15 Comedies. Any suggestion for which Shakespeare I should tackle next? Please comment 🙂