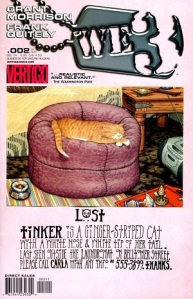 Just when you think you have the comics list sussed out, along comes We3 among the newspaper strips and the long-running superhero comics to throw a real curveball. Like, a science-fiction three issue miniseries with a super-fast action style where the protagonists are three animals that have been scientifically abused into killing machines that are released by their heart-broken carer after she was ordered to destroy them? I mean these stories are a dime a dozen.

I think I have seen one other instance of the ‘experimental animals that can speak and are accidentally released’ trope in one other series – the equally disturbing black comedy series I Am Not An Animal. Both are an uncomfortable mirror up to the world about what we as a society are willing to turn a blind eye to when it comes to vivisection. Both are bloody at times and both really do make you think about how far we would be willing to go.

The titular ‘We3’ are a dog, cat and rabbit who were former pets (the cover art showing their wanted posters, indicating they had been kidnapped from their loving owners) that have been cybernetically modified and turned into killing machines, each also being given a very basic grasp of English. The dog is especially heartbreaking with them, despite all things, still wanting to be seen as a “good boy”.

To see that a series like this came from the creator of Zenith, took me aback a bit – then I saw that in between he had worked on X-Men and that helped make more sense. In all these, there is a political streak, it is just that I needed X-Men to fill in the gap for me.

Also, to see on the Wikipedia page that this was even considered for an adaptation is… ridiculous. Given the gore and animal cruelty angle of this, We3 feels like something that would be borderline unadaptable – since things have gone quiet on that front, I am not the only person who thinks that. It should just be left as is – a weird and brilliant three issues with minimal dialogue and a lot of viscera. 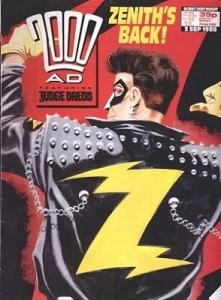 To a crying shame when you end up reading or watching something that has no idea what it wants to be; especially when it starts out with the hopes of something better. When it started out, Zenith had a good art style combined with a superhero story that was heavy in the political commentary.

The first two collections, which actually focus on the titular Zenith – a spoiled brat of a hero who is also a semi-successful singer – are good fun and have an interesting take on how super humans growing up in the 1960s would turn out. I especially liked how one of them goes into politics and uses their psychic abilities to eventually become prime minister; albeit by controlling the body of a mental patient (who happens to be Tony Blair)

Then we get to the third collection where Zenith becomes a minor character in his own comic. The art style deteriorates and it becomes crushed under its own multiverse plot. The fourth collection undergoes another art change and, by then, I was so uninvested that I was glad to see the back of it. It’s a pity because it started well – would’ve been even better if they’d quit whilst they were ahead. 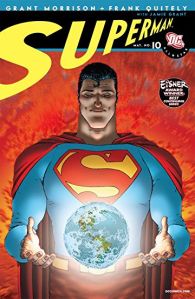 When you have a series as long running as Superman you are going to have your fair share of reboots and re-imaginings. With All-Star Superman they managed to come up with something slick and modern whilst staying true to what the characters had become. It’s hard to imagine how we got to this point from the 1930s, but I guess that’s just how comic books evolved and matured over the years.

In this twelve part mini-series, we start with the Man of Steel saving a manned mission to the Sun from disaster which sets off a timer for his demise thanks to over-exposure to solar radiation. What follows are a number of stories that see him trying to tie up the loose ends of his life, try to find a cure and ultimately find a way to keep Earth safe after he is gone. It takes someone who is God-like and has him come face-to-face with his own mortality.

The resultant stories are able to match a nuanced look at the human experience with complex superhero storytelling and a roll call of a large number of Superman references. The Superman in this series is thoughtful and quite philosophical in his outlook when compared to what I first saw in the early issues. He has also gained frailty and a degree of fear, whilst remaining the hero that we know him to be.

If there was a story that could explain to people why Superman is a franchise worth exploring, it would be this one. I was always turned off by him being basically invincible (therefore, what’s the point), but that’s not the case with All-Star Superman. Also, this must be the best that I have seen the Superman comics look out of the different decades I have seen them – it’s going to be a bit of a whiplash to go back to the old issues.

I’ll be reading a bit more Superman before I consider this huge franchise well and truly crossed off. It’s going to be near impossible to do justice to a character that has had more resurrections than Doctor Who, but I’m going to do my best.