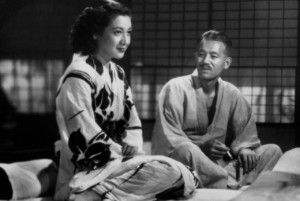 Earlier this year I finally sat down to watch Tokyo Story. Considering that the two leads in Late Spring also appear in that movie (one of them even has the same name) it is hard not to draw parallels. Then again, why wouldn’t you? Ozu’s style of producing deeply moving slice-of-life style movies about the Japanese working-to-middle class makes this a rather simple task, at least between the films in the so-called ‘Noriko Trilogy’.

As the titular character of this related film trilogy Noriko, played by Setsuko Hara, truly anchors Late Spring. She plays a 27 year old woman who looks after her father (presumably since her mother passed away) who is happy in her life as it is. As a young unmarried woman this makes her stand out since she is not conforming to the norms in having a husband and moving out. The thing is, she does not want to but everyone is insistent on her getting married, even if it is an arranged one to a man she has only met once.

Like with Tokyo Story this film is, at its heart, a fascinating character study. So many film scholars have written about the two central figures of Noriko and her father in an attempt to completely work out what they represent in terms of points of view. The thing is that they are both complex people. Noriko stands at many a crossroad of daughter and wife, traditional values and modern life, selflessness and selfishness. She has been described as enigma by some and others as transparent… which itself is a big contradiction. Then there is her father wants his daughter to be happy first and foremost and is willing to use subterfuge. The way he acts does not always scream father, but more of friend… until the final scene that is.

In the end the fact that these characters are still being written about years later just shows how realistically they were written and it is a true testament to the source material and the two screenwriters. 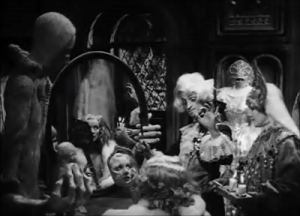 When you watch this it helps to know this following fact: this was one of the last mainstream films released by Hollywood before the Hays Code came into effect. A good thing since you can’t exactly tell the (slightly embellished) story of the rise of Catherine the Great without being a bit risque… although Von Sternberg went for a very sexual version of Catherine here.

I am not going to go into the story since a lot of it is, as I said before, claptrap but there is one thing I am going to highlight and that is the set design. It is so amazingly over the top with the random gargoyles adorning the palace, doors so heavy that a dozen women struggle to open them and (my personal favourite) a skeleton at the wedding banquet. I mean it is absolutely nuts and just serves to make this somehow realistic and yet surreal.