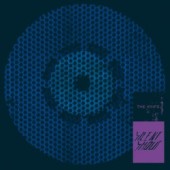 When I was doing the Top 250, Silent Shout was always bubbling away nearby. I was hoping it would one day make a leap up so I could have a nice easy album to cross off as it is one of my favourite albums of the 2000s. When I first started this blog, I made a list of my favourite albums of 2000-2014 – Silent Shout appearing at #12. It still feels like the right place for it.

This is an album that I listened to as I completed NaNoWriMo and even quoted once when I was very ill and in a delirium and declared myself a fancy man. ‘Neverland’ and ‘Marble House’ are both tracks that would likely rank incredibly highly if I ever loathed myself enough to even attempt a top songs of all time list. Both are exceptional pieces of synth-pop, much like the rest of this album.

Coming across Silent Shout late like I did, it showed me that my musical taste still had a lot of room to grow and was probably a gateway towards me eventually getting into darker pop like early Grimes and Jenny Hval – especially the latter. I don’t think Blood Bitch would rank among my favourite albums of all time if this album hadn’t opened some doors for me. Granted, I already enjoyed Fever Ray so this wouldn’t have been too big a leap for me.

Compared to a lot of music I listen to Silent Shout is still on the darker side of things. At first there were parts that were near inaccessible, but now I cannot imagine how I ever found listening to it difficult. It’s a consistently brilliant piece of techno and synthpop that, for me, remains the pinacle of their career.

I will later get to write about The Knife’s final album Shaking the Habitual as well as the Fever Ray eponymous solo album – but nothing will quite equal that lead into ‘Neverland’ from the title track, the bombast of ‘We Share Our Mother’s Health’ or the spookiness of the ‘Marble House’ duet. Stories of escaping into the woods from invaders rendered with electronic soundscapes in the same way they talk about reconnecting with an old friend. God I love this album.