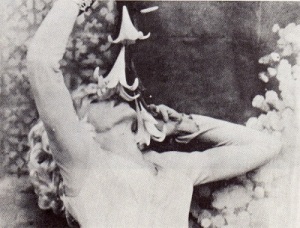 There really are not many shorts left on this list. I guess that, in the earlier times of watching my way through, I gobbled a lot of them up as easy wins. Hey ho, after Flaming Creatures there are a handful left and I don’t think any of them are going to be able live up to how deeply strange this was. Like, this may be one of the weirdest things I have seen for a very long time.

We’re in 1963, 6 years before the Stonewall riots and 40 years (yes, even I was shocked when I read this) before the US Supreme Court officially decriminalized homosexuality throughout the entire USA – mopping up the remaining 14 states that had yet to take the initiative to do so. To make a film like this (however poor quality) is an incredible act of subversion when you are challenging gender and sexual freedom to the point that it was found in violation of decency laws and banned.

Like this worth watching(ish) just for being the weird and subversive piece of experimental cinema that it is. If any of that doesn’t really appeal, just watch something else.