In less than a year I went reform buying the Disney box set to having watched all the entries in the Animated Canon. Guess that goes to show how, with proper structure, I am able to finish off one of the longer challenges in good time. Probably helps that we had a regular Disney night and that I knew and liked a lot of these films already.

Going into this, I had seen the vast majority of the films on the list – which means I had the motivation to carry on through the bad period as I knew there were films like Beauty and the Beast and Zootopia ready to welcome me on the other side. One thing I had not expected is just how many of these films that I know I had seen before and either had no recollection of or had clearly switched them off previously and counted that as a win.

Let’s not mince words though, for every good film here on the canon there is another either dull or downright bad film to be found. This the same of any major studio and few out there had the high hit-to-miss ratio that the likes of Studio Ghibli or a single director director may have. However, going through even the really bad films, it’s been so interesting to see the Disney company develop, experiment, ditch things that didn’t work and become the filmmakers that they are today. I think if I had included some of the non-canon releases (like Mary Poppins or some Pixar) I might have gained a fuller picture, but just knowing how close the animation wing of the company has been to closing on multiple occasions has been a real eye-opener.

Now, time for superlatives. I thought it would be a good idea, now that I am done, to do some rankings of the best and worst films on the list. So let’s go.

Best surprise (of a film that I hadn’t seen before):

1) Fun and Fancy Free
2) Melody Time
3) The Adventures of Ichabod and Mr. Toad
4) The Black Cauldron
5) Home on the Range
6) Chicken Little
7) Dinosaur
8) Treasure Planet
9) Brother Bear
10) The Sword in the Stone 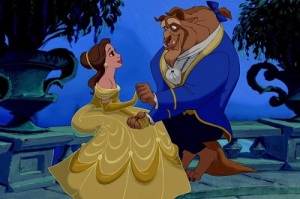