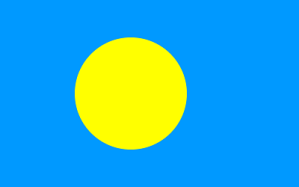 I am so thankful to the many bloggers on the internet who came before me. Without them I am not exactly sure where I would have found a recipe that uses ingredients that I don’t have to put in a special order for. Seriously, where would I be able to buy fruit bat meat in the UK? I’ve found taro root before, but not fruit bat meat. It’s for this reason that, with much regret, I probably won’t be able to recreate any of the fantastic ice desserts that I had whilst in Singapore.

Still, of all the smaller island nations in Oceania, it would appear that Palau is one of the easier to find ideas for. Why? Well, being one of the most northern nations in Oceania, it shares maritime borders with the Philippines and Indonesia. Also, there is a long history of immigration to Palau from the neighbouring Philippines and some from Japan.

This means that the food shares a lot in common with other Oceanic nations, but also incorporates some Filipino ideas and flavours into their dishes. My pick for this post very much makes use of this influence and is the first time in ages that I’ve had to deep fry.

Right so I didn’t realise just how many fritters that I would end up making. I probably should have clocked this when I got to the line about 4 cups of flour and 3 eggs. Still I cannot deny that this recipe from Ethnic Foods R Us didn’t make for some delicious fritters.

To be honest I did have a moment of worry when making the batter when (after adding the the third of the four cups of flour) the texture was more like bread dough than a batter. Still, I shouldn’t have worried as all the moisture from the prawns and the squash really helped to loosen things up a bit.

I ate a few too many of these as they came out of the oil, as they really are delicious when hot. With a bit of extra spice and salt on top, these fritters worked on their own as a side dish. They even worked later on when cold and had with some salad (today really has been a deep fried day, I was desperate for something remotely green).

So it’s a trip back to the vast world of Asian cuisine next and, as of writing this, I am spoilt for choice. So I hop over Palau’s maritime border and take on some Filipino food or do I go the more central Asian route? I have even been toying with the idea of Mongolia. I guess it’ll literally be whatever recipe catches my fancy.