Since 9 films are in the running for Best Picture this year it was always going to happen that one of these posts had to feature three. With the bookies’ favourites Moonlight and La La Land left to see it made sense to combine these three outside chances into one post.

This was probably the film I was least looking forward to see. A war film directed by Mel Gibson? Oh please. I couldn’t stand Braveheart and I have no real desire to watch either The Passion of the Christ or its upcoming sequel.

And yet, here was war film that felt thoughtful. A film about the first conscientious objector to win the US Medal of Honour? Now that’s a story that could be interesting. Especially when you compare it to the likes of Sergeant York. Both are films about extremely Christian men going to war. However, where Sergeant York had this man commit mass killings we see young Desmond Doss stay true to the Ten Commandments.

It’s an astonishing story. If this had been made up for the sake of a film it would feel ridiculous. I mean here is a man who you could pretty much describe as a miracle worker or a guardian angel. On the battlefield he helped both the allies and the axis soldiers if he came across them, that alone is extraordinary.

What is more extraordinary is how fine the line that needs to to walked in order to have a character like this not be insufferable. A lot of credit has to be given to Andrew Garfield in his portrayal as well as Gibson’s direction and the work of the screenwriters. Speaking of direction, this film has a fantastic battle sequence half way through. Utterly grotesque and incredibly engaging.

Will this win Best Picture? No I honestly do not think this has a chance. It is, however, a good way for Mel Gibson to find some sort of redemption after a long period of absence where he said a lot of awful things during, what seems to be, a mental breakdown. 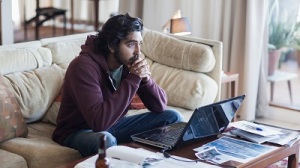 Lion is probably the most outsidiest of the outside chances in the Best Picture nominations. Honestly if I could bet money on a film not winning I would probably bet my life savings on this one. It’s a decent enough film (especially the first half), but not a film that should be on the Best Picture list.

In essence, we are watching a biographical film about a man who tries to refind his roots. As a 5 year old he was separated from his family by some 1600km and, after escaping numerous attempts to have people sell him into child sex slavery, ends up being adopted by a nice couple in Australia.

The end of this film sees him finding his mother again in a sequence that felt way too unbelievable (because it didn’t happen this way) in a third act that could have done with a little bit of editing. The first half of the film, where we are in India, just felt a lot tighter and a bit less indulgent than the adult half of the film.

I am not downplaying Dev Patel in his role as adult Saroo. He does a great job as a conflicted third-culture man struggling to find his roots. It’s just that by doing this film linearly rather than through flashbacks we don’t have any mystery about anything. In Columbo style we know all about his origins and the solution isn’t satisfying enough to warrant the lack of any real reveal.

It is because of Fences that I was able to cram these three films into one post. I know this is an unpopular opinion, but I don’t really rate this film. The only thing that kept me watching and not walking out was Viola Davis (and the price of a cinema ticket). She was magnificent and if she does not win that Oscar then shame on them.

Seriously though. I know people that really thought this was a great film and thought that Denzel Washington was amazing as both actor and director. I am not one of those people. Well, I cannot argue that isn’t good in his role. There’s just too much of him.

When you watch Fences you are keenly aware that you are watching the adaptation of a play. No real attempt was made to translate it to the big screen in terms of editing or cinematography. Amadeus managed to do it as have many other films. Honestly this film was a slog.