Strange to think that the first film that I watch for the 1001 list since heading back to work. Weird since this is one of those films where I don’t think any of the lead characters have ever done a lick of work in their lives.

As well as being on the 1001 list Easy Rider is one of the final three films I have to watch on the American Film Institute’s list of the 100 best American movies (after this it is just The Wild Bunch and Sophie’s Choice).

So this film has an awful lot of good words behind it from critics, which makes me all the more self conscious for finding it really quite dull. Except for Jack Nicholson whose moments on the screen inject Easy Rider with a needed amount of energy.

In essence this film is about two bikers who are travelling to New Orleans in order to sell drugs (in an Otto from The Simpsons way rather than Breaking Bad). The thing is, other than Jack Nicholson, the films major moments of interest only happen in the final 20 or so minutes. Not only do we have an LSD trip, but also a gunfight and exploding bikes.

That LSD trip in Easy Rider is very similar to the earlier Roger Corman film The Trip, which was penned by Jack Nicholson. Now THAT was weird. It felt a bit more toned down and made for the mainstream here… which is a pity.

I don’t know, but for a landmark in counter-culture and New Hollywood cinema I was profoundly unmoved. Maybe The Wild Bunch will do a better job. 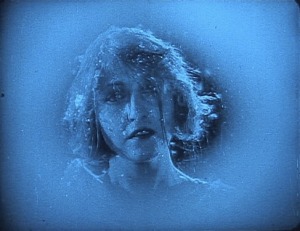 The next film in my attempt to remove the longest 1001 films from my watchlist is a silent 4 1/2 offering from French director Abel Gance. Previously I had already watched another 4 hour film by Abel Gance – his 1927 film Napoleon. His rather astonishing 4 hour long silent Napoleon biopic.

I don’t know why it is that you find so many more of these extremely long silent films compared to what we see nowadays. The initial thought is cost, but when you see some of the sets created for the likes of Intolerance and Metropolis… anyway I don’t right know the answer. All I know is that you need a lot of free time to watch La Roue.

For a four hour film the story isn’t really that complex, but it is very interesting. The centre of the drama is Norma, a girl orphaned by a train crash who is adopted by main character Sisif. I say that she is in the centre of the drama because she is the centre of a love… web? Not only does Sisif grow to have feelings for her (which he deems unnatural… and it’s hard to disagree), but she also manages to capture the attention of her adopted violin-making brother and Hersan (who is basically the villain).

Now, despite the ick factor I would agree with anyone who says that Norma should have ended up with her brother Elie. He is kind, smart, attractive and makes gorgeous-looking violins. Then again it would be a bit unorthodox for her to marry her adopted brother. Love is love though.

That aside, what is astonishing about La Roue is the amount of innovation that occurred. There are a number of shots and lighting effects that were used for the first time in this film. A lot of the train sequences stood out, but the thing that made me rewind was near the end. You have Norma standing in the door of a cabin in the Alps with a killer snowstorm going on. There is this close-up on her face where the film has been tinted blue and it is breathtaking – so I had to use it as the picture for this film in my blog.

The problem with movies of extreme length is that I know it will be unlikely that I’ll ever watch it again. Still, with over 400 films to go, who has the time?

(Right so this number is going to be jumping up one extra since we have had an update to the 1001 list . It’s rare for me to actually go up rather than down… so I’m just going to enjoy that)