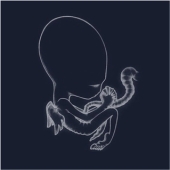 It’s been a while since I last listened to Ágætis Byrjun. Back when I was in the first year of university it was the album I used to take naps underneath my desk like a 6’3” ginger tabby. During this I would have a few go-to albums that I considered suitably soothing, two of these were Sigur Rós albums: Takk… and Ágætis Byrjun.

This is not by any means my saying that Ágætis Byrjun is a boring album. Far from it. The thing is that being ambient music it is so easy to get yourself lost in the sonic world of their creation. I tried it at work today (since I appear to be coming down with another cold and trying out Public Enemy for the first time was NOT going to happen) and it managed to calm me down after a slightly scary meeting and carry me through over an hour of work.

It’s hard to describe this album because there are no touchstones that I can attach it to. Maybe to Radiohead and to AIR, but that is about it. I am sure Ágætis Byrjun is not a completely original work, but they have to be in a very small company. When you think about it, it is amazing that a country with not much more than 300,000 people could produce two highly unusual and acclaimed artists.

What is the most remarkable thing about this album? Ágætis Byrjun is the only album in this list of lists that was recorded and released with no English on it whatsoever. Just think on that, no other album listed as one of the Top 250 most acclaimed is composed with all non-English lyrics. Looking at the whole list the next album you get that has all its lyrics in another language is ( ), another album by Sigur Rós which is currently sat at 515.